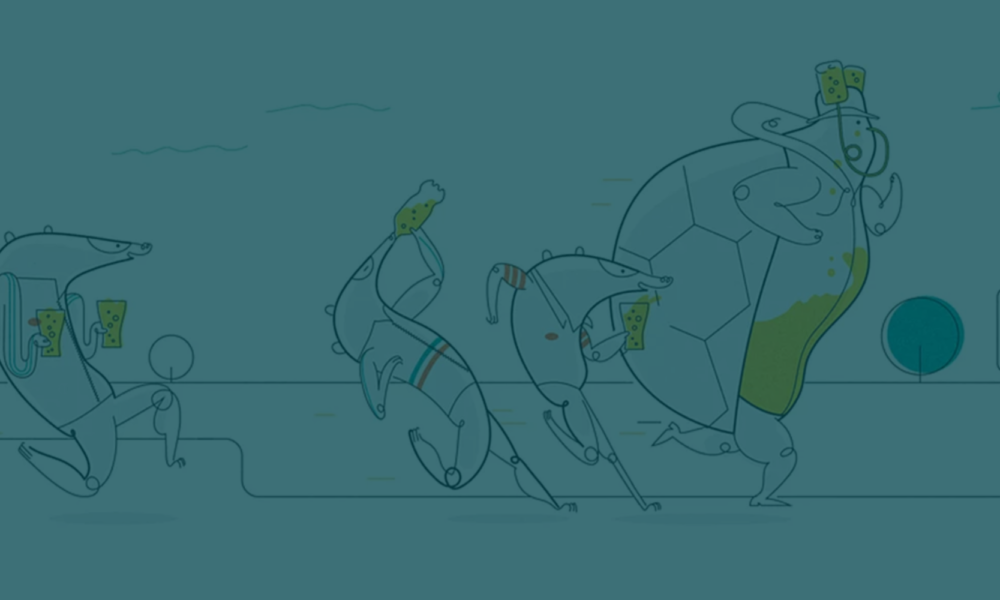 Explainer videos are a great communication tool for brands. Whether you’re explaining a product or service, demonstrating how to do something, or introducing your company to a visitor, they’re a quick and easy way to deliver that info. They’re also an opportunity to showcase your brand in everything from the visuals to the voiceover. Apply a little creativity and even the most boring product can become an entertaining explainer video. If you need proof, we’ve rounded up 35 awesome explainer video examples.

From motion graphics to live-action, these show you how to engage viewers in very little time. Take a look below, and if you need more inspiration, find out why explainer videos work, learn how to craft an awesome explainer video script, and see the 10 keys to a great explainer video.

1. “Tonx Truly Great Coffee In Your Kitchen, Without Much Fuss” by Sandwich Video

6. “Unwanted Tracking Is Not Cool” by BLACKMATH

19. “Industrial Internet of Things” by Honeywell

20. “Skype for Business: Simplifying Communication in the Cloud” by Office Videos

26. “Get Rewarded for Not Texting While Driving” by XL Team

28. “Think With Your Hands” by FiftyThree

29. “Create Your Own Business” by Squarespace

31. “Clear for iPhone” by Realmac Software

32. “The Value of Data Visualization” by Column Five